< Back to all Blog Posts 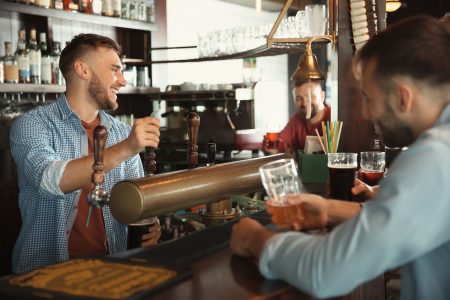 According to Brewers Association, more than 10 million people toured small and independent craft breweries in 2014. Small and independent craft brewers are part of the DNA of their communities and are appealing to travelers. By traveling to the places where the beers are made, travelers experience the scenery and culture that shape local beers and foods.

As new breweries continue to pop up, it’s almost impossible for even the die-hard beer enthusiasts to know which ones offer the best beer, food, entertainment, and experience. It’s no wonder that more than 7 percent of craft sales take place at breweries. Craft brewers are now the main attraction for travelers. In 2015, the Brewers Association’s three-day Great American Beer Festival generated $28.6 million in revenue which is equivalent of 2 percent of Denver’s GDP, accounting for $28.6 million. Due to the booming interest in beer tourism, Travelocity published the top six small and large Metro areas for beer tourists.

Craft brewers have an opportunity to generate new customers by creating an experience with their brewery. Travelers love a great experience, make sure your brewery is on their destination list.

Be sure to stop by the FILTEC booth at this year’s Craft Brewer Conference in Denver April 9-11 booth 9111 where we will display our newest full and empty container inspection solutions. Check out our portfolio of inspection systems.